All work by this artist
Chris DeRubeis 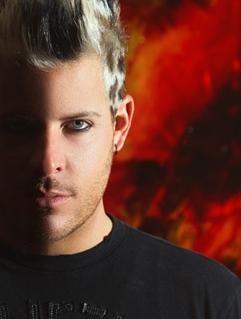 Throughout history, there have been only a select few artists who have changed the way we view art. In the beginning, early man described his world by painting rock walls, using crushed berries and blood. When the first artists discovered pigments and began painting on paper and canvas, they eventually created distinct styles such as Impressionism, Abstract, Pointillism, Fauvism, Expressionism, Cubism, Surrealism and any other "ism" they could come up with. Since then, most artists have copied or cloned these styles by simply adding their own spin.

Then came along Chris DeRubeis.... Born in 1978, it wasn't long before DeRubeis showed a very early proclivity for drawing. He drew on many materials he could find at home to express his talents. This talent was nurtured to the fullest by his family, and at the age of 11 his grandfather gave Chris his first airbrush. After watching Chris use his airbrush for the very first time, his grandfather proclaimed that Chris was to become the artist his Grandfather always wanted him to be and would inevitably share his talents on the world's grand stage.

School was viewed as a chore for DeRubeis. He enjoyed drawing figures on maths tests, not solving equations; He preferred doodling beautiful landscapes in the blank spaces most teachers expected to find essays. Teachers scolded him for not concentrating on his studies and warned that he was on the wrong path. However, this criticism did not deter him from his ultimate destiny. DeRubeis would continue to paint and take extra art classes on his lunch break. At the age of 20 Chris attended the Pasadena Art centre as well as the associates in art college in Sherman Oaks, CA. To pay for schooling he painted custom Harleys and started a successful Party T-shirt business. His professors tried to convince him to choose a "more commercial style" of art but he was never satisfied painting... like everyone else.

Racing to the local metal shop and grabbing scraps of metal, DeRubeis being experimenting with different tools to manipulate the way light reacted with the surface. He introduced chemicals and paints to the surface creating unique reactions and bring his art to life.... Abstract Sensualism was born.

The introduction of his unique style to the art world was met with uncertainty, as galleries had never seen or sold art like it before. It wasn't long before his innovative style and technique were noticed and galleries across the country began inquiring about his work. Then in 2005 DeRubeis' work was submitted and honoured with two nominations by the First Annual Fine Art Awards televised live from the MGM Hotel and Casino in Las Vegas, NV. Nominated in the "Mixed Media" and "New Movement" categories, he earned the "MUSE" Award in "New Movement" and is now known as "The Father of the Conceptual Movement".

DeRubeis, then only 27, dedicated his award to his Grandfather who had passed away just months earlier.

In 2009 DeRubeis was signed by a famed American art publisher who immediately saw the future in Chris's Art. His work can now be found in many high end galleries throughout the United States and abroad.