All work by this artist
Edward Waite 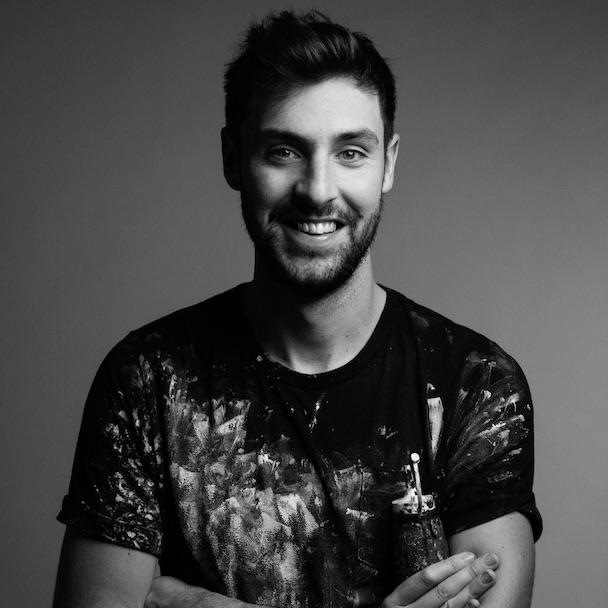 Edward Waite was born in Sheffield in 1989 and studied Fine Art at The University of Lincoln.

After graduation he stopped painting completely and travelled the world for 2 years. His travels took him across the globe from Brazil to Australia. He referenced the places he visited through sketchbooks full of notes, drawings and ideas.

Upon his return, Edward started to turn all of his sketches and notes into larger pieces of artwork and soon developed his signature style.

Known for his vivid 3D cityscapes, Edward has painted iconic landmarks from cities around the world including Paris, New York, and of course, London. Each work perfectly captures the bright lights and constant rush of urban life, thanks to his bold, colour-filled technique; first inspired by ketchup bottles in a New York Diner!

His vast portfolio now consists of an array of different projects. Last year, saw Edward collaborate with a Saville Row Tailor, to design a suit with his painting printed onto the lining and more recently his artwork has also been wrapped around a full-scale replica phone box! Another of these projects combines art with technology, the new Edward Waite App, allows people all over the world to engage with Edward's artwork by creating their own virtual cityscape using his signature sauce bottles.

Never one to rest on his laurels, Edward also hopes to encourage new talent by visiting primary and secondary schools around the country, where students can work along side Edward and benefit from his experience.

'It has been a swift rise to fame and success for the artist, who has just turned 30, but he is potentially on his way to becoming one of the most renowned artists of his generation.' Arqadia, 4 Walls Magazine.