All work by this artist
Timmy Mallett 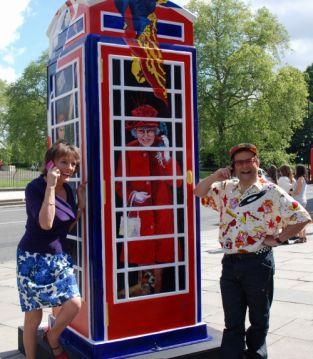 Perhaps best known for his long- running television career, Cheshire- born Timmy Malletts first love was in fact for the arts. Following a degree in History of Art from Warwick University, Mallett entered the entertainment industry, starting with a position at BBC radio oxford. He went on to win several awards for his work in television and radio, becoming a much- loved household name. In more recent years, Mallett rediscovered his love for painting, and in doing so has earnt himself worldwide recognition.
Drawing inspiration from his travels through the UK and beyond, Malletts impressionist scenes of sunshine and shadow glow with light, warmth and colour.
Malletts technical ability and gift for capturing the magic of a moment have earnt him great acclaim, winning the affections of critics and collectors alike. He has been commissioned to paint several notable figures including Lorraine Kelly, Sir Clive Woodward and Wendy Craig, and as such is regarded by many as an artist with fantastic investment potential.