All work by this artist
Paul Powis 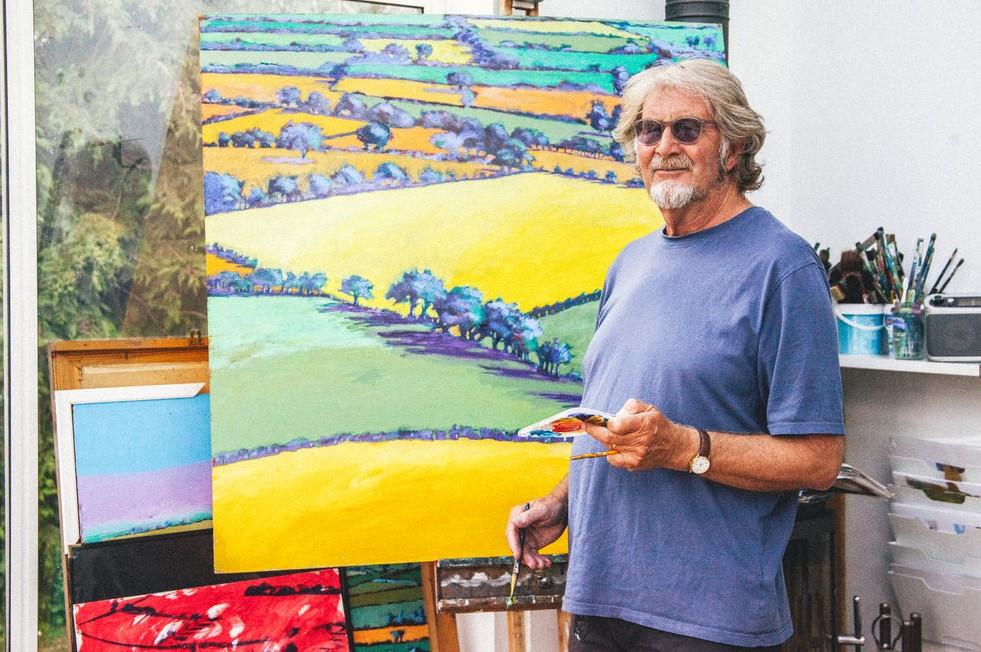 Paul began his art training at the Birmingham College of Art and Design, studying for a Foundation in Art and Design between 1968-69. He then went on to study at Portsmouth Polytechnic, gaining a BA Hons in Fine Art in 1973. Principally training as an abstract artist Paul became interested in landscape when he moved from London to Worcestershire.

He has exhibited extensively and has built up an enviable international reputation as a landscape painter. Exhibiting across the country at prestigious venues including the Mall Galleries, The Royal College of Art, and the Royal Festival Hall, London. Paul's work has also appeared at municipal museums and art galleries throughout the UK as well as America.
His painting, Rape, appeared in an advert for VW, achieving worldwide recognition and being exhibited in the Museum of Modern Illustration in New York. His work has also been shown in the Best Of British Illustration exhibition for the last ten years.
A collection of his original acrylics was also recently displayed at the Halcyon Gallery's Art In Miniature exhibition. His paintings have been published in over twenty books in the last five years and he is a regular contributor to magazines such as Artist & Illustrator. Paul's work is predominantly about subjective colour and vibrant mark-making, which are used in both an abstract and representational way.
Paul lives in Worcester with his artist wife Sara Hayward.