All work by this artist
Robert Lemay 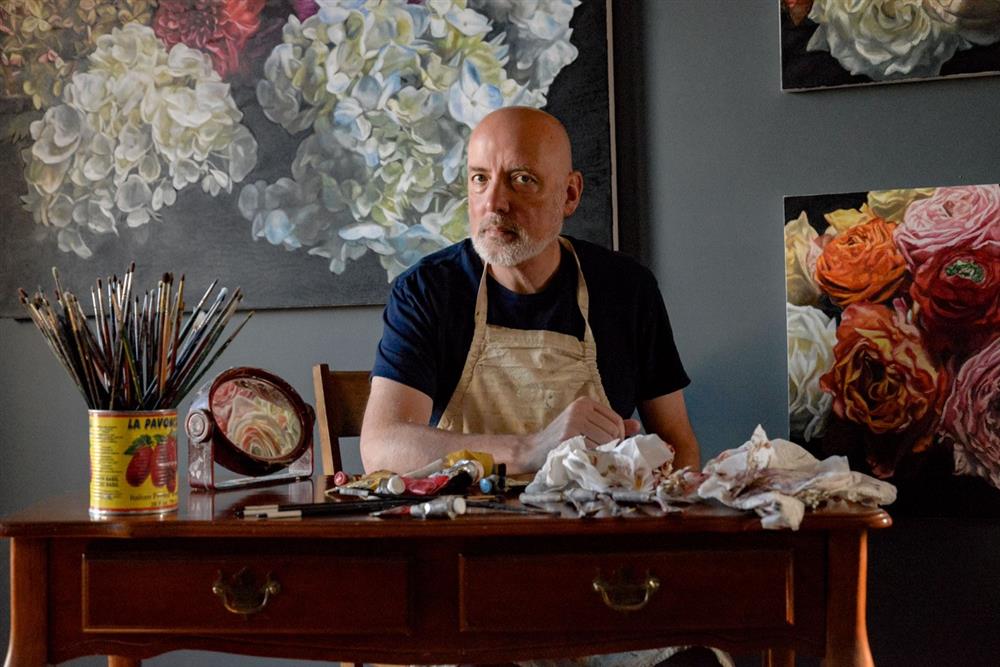 Robert has been working as an artist for over 30 years. His paintings appear in collections all over the world including the Canadian Embassy in both Beijing, China and Canberra, Australia.
His work is also part of the Canada Council Art Bank and hangs at Graceland University in Lamoni, Iowa, in Edmonton’s City Hall, and in many prestigious private and corporate collections. Robert was the recipient of the Elizabeth Greenshields Foundation Grant and was the inaugural Artist in Residence at Graceland University in Iowa in 2014. In all of Roberts work, he paints square by square, row by row.
The painting may at times appear digitized but is meticulously hand painted. He has always used the grid to scale up his photos though previously he would have made sure the paint concealed the pencil marks. In his most recent floral paintings, the grid is invisible. Robert’s method now is to leave varying traces of the process to create a tension between the image and the squares of tone and colour which are reassembled by the viewer’s eye.
He thinks about Gerhard Richter as I make all those choices in each square of the grid – deciding how much and where to blur things.
Each square, as the painting is being constructed, ends up being an abstract painting in a way.