All work by this artist
Epi 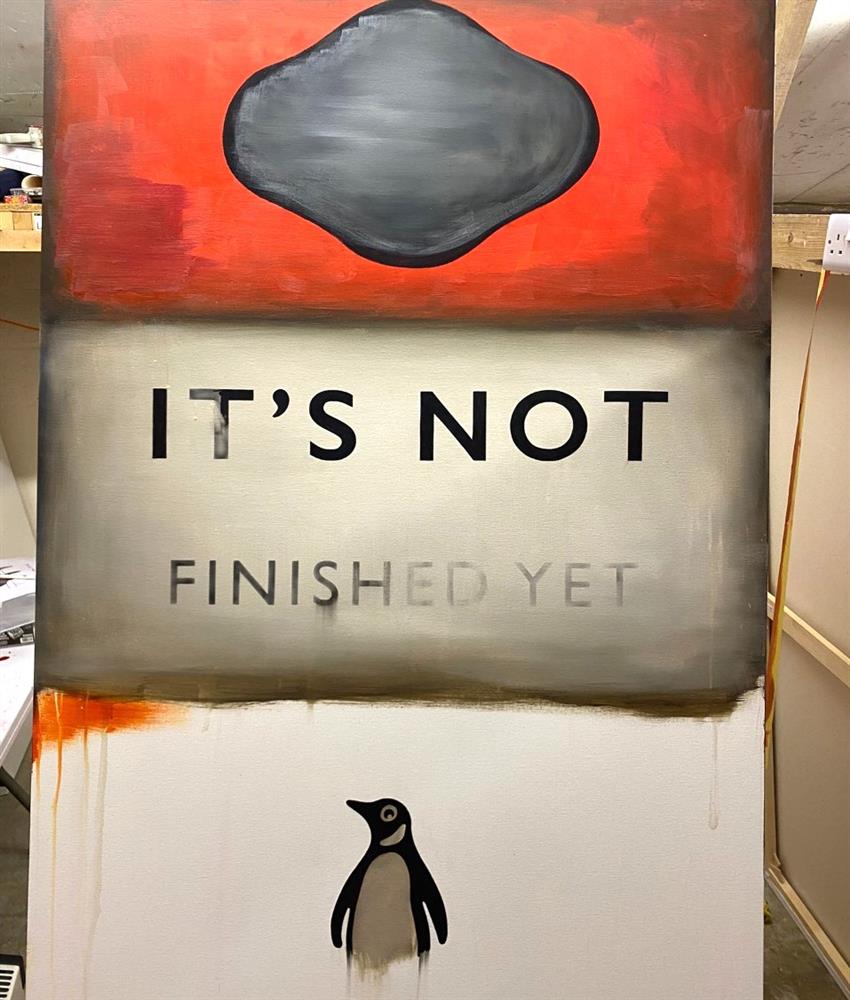 His first works began to appear in the early 2000’s on walls around central Paris- stencilled quotations taken from seminal works of the French literary canon- and rather than the widespread acclaim and adulation he had hoped for earned him near-universal condemnation and opprobrium, putting him firmly in the sights of the Gendarmerie Nationale.
Upon his return to Britain in 2014, he recognised that stencilling lofty French literary quotes on walls was probably an unwise career path to embark upon. Heavily influenced by the Stencil Movement that had its roots in 1960’s Parisian political protest art, Epi adapted his style, eschewing wall for canvas and reinterpreting the visual zeitgeist with a technique (if one could even call it that..) that would incorporate graffiti, Surrealism, Minimalism, Pop, and mid-century poster art. At the heart of his work lies a deep suspicion of the art establishment- whose ignorance, avarice and capriciousness he has long found abhorrent- and a desire to poke fun at the very métier in which he chooses to make his living.
Through his work he endeavours to depict a fantastical narrative that runs parallel to the pedestrian and mundane- that is, a secondary reality, one where things both conventional and bizarre live together, as if bourgeois culture were shifted marginally towards chaos and absurdity (or at least that’s what he says…).
He strives to bring his work into the reach of a broader base of modern collectors than usual- namely those who would typically shy away from expensive gallery pieces and over-hyped London auctions- until such a day that his work goes for serious money, when he will tell his loyal clients to fuck off and start selling his works to a small coterie of ultra-rich philistines.
Epi now lives somewhere near Bath. He hopes that one day, long after his death, he will finally get the recognition he doesn’t deserve.