All work by this artist
Maria Rivans 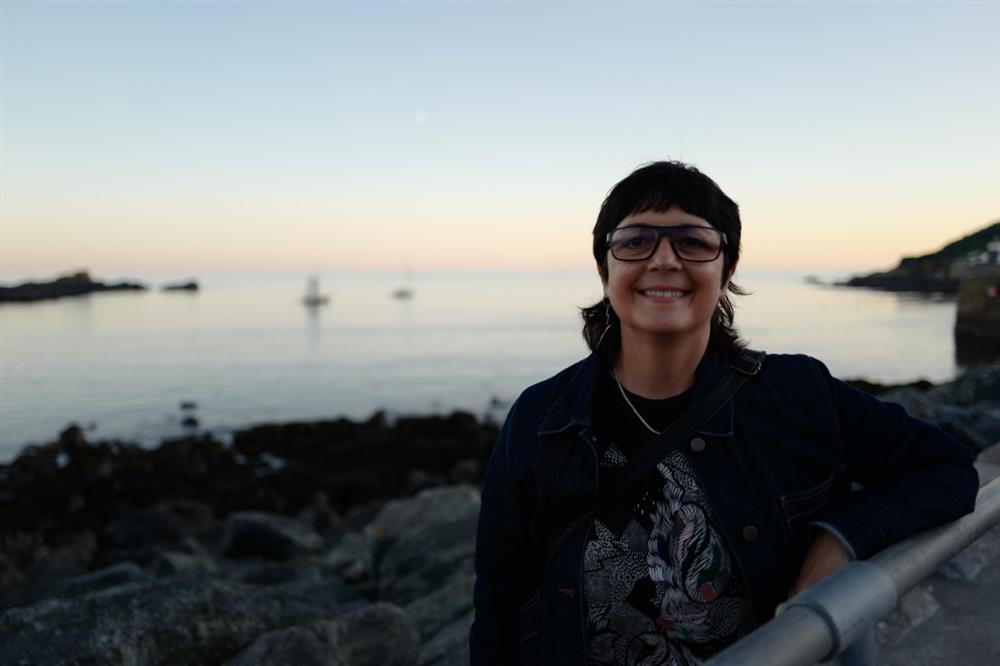 Maria Rivans is a contemporary British artist, known for her scrapbook-style collage aesthetic.A mash-up of Surrealism meets Pop-Art, Rivans’s work re-appropriates vintage ephemera to create dreamy realms, which transport the viewer into fantastical worlds of the imaginary, each one suffused with vivid colour, arresting imagery, intricate detail, and finished with a dusting of subtle humour. Rivans studied 3D design at the University of Brighton, before turning to jewellery design and setting up her own workshop. But an aptitude for the visual arts was in her blood: growing up with her Italian family in Essex, hours of her childhood were devoted to drawing and doodling, listening to music, covering her bedroom walls with film and pop heroes, while she soaked up the televisual culture that would come to form her greatest influence.

The visual artists who have defined Rivans’ work include: Max Ernst; Frida Kahlo; Robert Rauschenberg; Richard Hamilton; David Hockney; Sarah Lucas; and Tracey Emin. Yet her influences are not limited to the visual arts: music, film and fashion have helped define her aesthetic, with the likes of David Bowie, Vivienne Westwood, Alfred Hitchcock and David Lynch having a huge impact on her practice. Rivans’ artwork is known for its unique approach to collaging. Intertwining different film and TV genres - from vintage Hollywood, to 1970s sci-fi, B-movies and TV trash - Rivans’ work is in a constant dialogue with cultures of the past, reinventing existing film plots and narratives, while spinning bizarre and dreamlike tales.

Her use of collage reflects the complex and fragmented world from which the art arises, but an attention to beauty and to harmony of composition gestures optimistically towards the social capacity to piece it back together again. In her pin-up series, Rivans reclaims iconic femininity to champion female strength; her exotic and escapist works are often laced with ominous undertones, to remind us of the darker side of human nature; utopian imagery from 1950s pop-culture speaks to today’s obsession with consumerism; while a persistent love of sci-fi illustrates the fact that Rivans’ work is always a meditation on the greater question of ‘life, the universe, and everything’. Rivans’ process begins with her extensive collection of vintage ephemera, which she scavenges from found books and retro magazines, always on the look-out for that perfect ‘something’ in second-hand shops and at market stalls. Like piecing together an unruly jigsaw puzzle, Rivans begins to collate and assemble the skilfully cut-out fragments and scraps, labouring over long periods and making alteration after alteration, until the collage begins to take shape.

Through an intense attention to detail and an artistic sensitivity to colour and composition, each of Rivans’ artworks is the product of months of careful deliberations and decisions, every tiny tweak necessary in the final formation. Rivans’ work takes the form of both large-scale originals and limited edition prints, and notable series’ have included: pin-ups; landscapes; film stills; and 3D box collages. Rivans works from her studio in Brighton: a kooky building, purpose built as a small cinema in 1911. She exhibits work throughout the UK as well as internationally, including Hong Kong, New York and across Europe. Notable solo shows include the Saatchi Gallery, London, and Galerie Bhak, Seoul.

In 2015, Rivans was invited to show at Christies, London, for their ‘Out of the Ordinary’ sale. Pin-up portrait ‘Lady Valentina’ is used as the campaign image for both the London and Milan affordable art fairs; ‘Carina’, the face of the Scoop International Fashion Show at Saatchi for 2015; and ‘Scarlett’ head the 2015 Nordea Private Banking campaign for Stockholm Affordable Art Fair. In 2017 and 2018, her work featured in The Times newspaper; and, in 2018, her Film Still ‘Understanding Nothing’ was selected for the Royal Academy’s 250th Summer Exhibition.Rivans was a featured artist on BBC’s Art Ninja show in 2019 and in 2020 she had her first book Extraordinary Things to Cut Out and Collage published