All work by this artist
Madjid 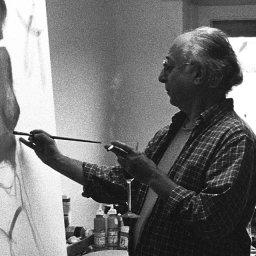 Madjid was born in Teheran in 1943, son to the well known artistic Rahnavadkar family, both the grandfather and brother were also well-appreciated amongst their countrymen. Madjid has been painting and sculpturing since he was fifteen. In 1959 he was honoured with the French-Persian RASI prize for his painting and a year later for his sculptures. Madjid has lived in Munich for over 25 years and is a renowned artists in the Munich scene. His works can be found in many private collections not only in Europe but also in Britain, America and Asia.