All work by this artist
Peter Slade 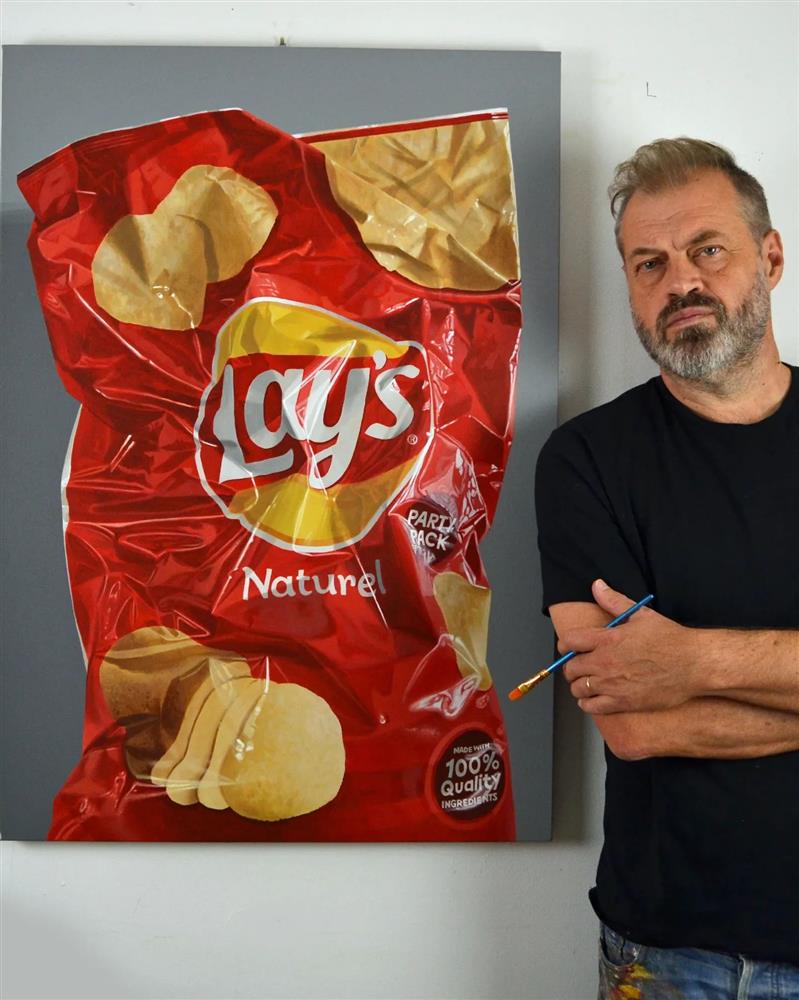 Peter’s work is somewhere between pop realism and contemporary still life.
He paints from photographs that he captures himself of cultural objects that are on the one hand quite mundane yet have often taken on almost iconic status due to the power of advertising and mass media.
Peter enjoys creating beauty out of what is seemingly ordinary and mass produced and get satisfaction from taking the painting further than the photograph goes by exaggerating certain aspects of light and shade and scale in order to achieve a convincing and believable illusion of reality.
His recent work has focussed on Iconic brands and pop art themes painted in a photo-realist style using acrylic on canvas. Peter is inspired by photo-realist painters like Cesar Santander, Tjalf Sparnaay and Robert Townsend, alongside Pop artists like Andy Warhol.