All work by this artist
Michael Sole 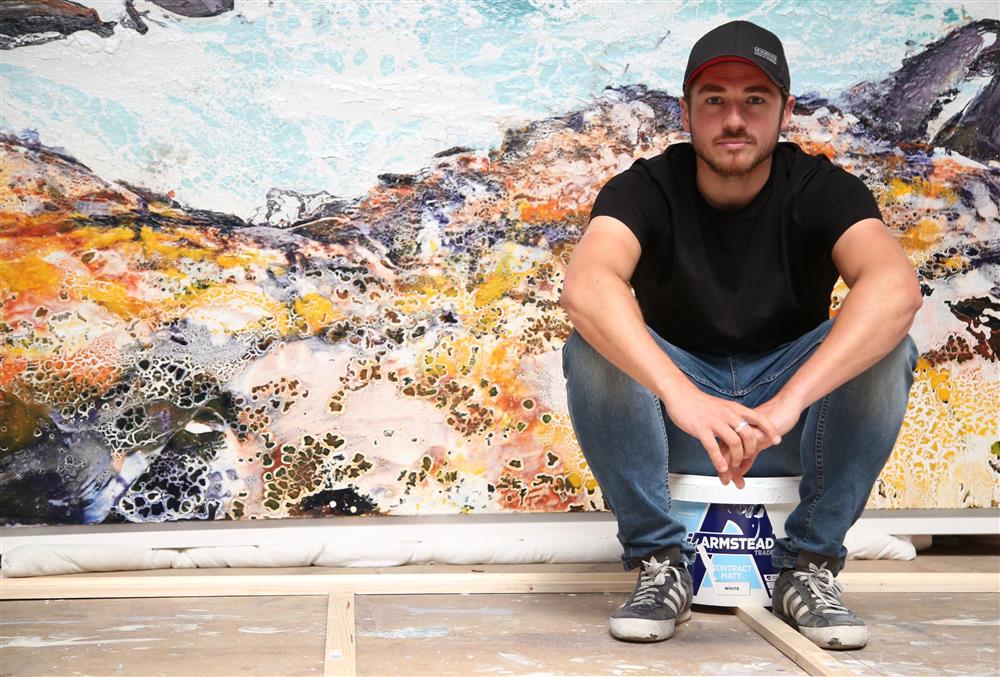 Since graduating from a BA in Fine Art from Wimbledon College of Art in 2008, Michael has gone on to exhibit in group and solo shows across England, France and America. In 2009 and 2010 he was awarded “Young Artist of the Year” by the Royal Society of Marine Artists for his work exhibited in a group show in the Mall Galleries, London. In 2012 he was in the running for the ‘Threadneedle Prize’ and was a runner up in ‘Evolver Prize’. In 2013 he won The Arts Club Charitable Trust Award at the RSMA annual exhibition in the Mall Galleries, and in 2014, two large paintings were excepted into this same exhibition. In 2016 one of his paintings was chosen for the Lynn Painter-Stainers Award again at the Mall Galleries which was chosen as the cover for that years catalogue. This year he has become a finalist for the Dorset Landscape Painter of the Year, a finalist for the Global Art Award and a finalist for the National Open Art Competition in London where he won the One Month Residency Award.
In 2017 he was invited to exhibit 24 paintings in a solo show at The Mall Galleries, London which was received very well. This was his biggest, most prestigious show to date. Including London galleries, Michael shows his work in Miami, France, Sweden and other parts of the UK winning the trust of some international collectors.
Interested in nature and the re-evaluation of its painterly tradition, Michael’s work explores painting as a process using the great outdoors as a subject matter. To gain inspiration he places himself into the environment he paints for weeks at a time with fishing rod and tent he walks for miles and miles, enabling him to bring thoughts, ideas, and the physical presence of the landscape back into the studio and onto his canvases. Often he spends months at a time observing his choice of subject matter, completely immersing himself in the task.
“Nature is fascinating to me, especially in extreme circumstances, storms etc. In painting I feel very strongly that energy must be met with energy. By this I mean big seas and powerful subject matter benefits from energetic, physical and confident painting which usually includes allowing the paint to have its own way, without using a brush. Dripping, pouring, throwing, lifting, shaking etc all add to these involuntary effects. Through these processes and techniques I hope to capture the power and atmosphere of the environment that I have placed myself into”.
Michael says he is striving to achieve a state of ‘Involuntaryism’ a concept of the built up knowledge in the artists hand is permitted to come through in an instinctive approach to the application of the materials in this case they include oils, bitumen, PVA and emulsion. ‘Involuntarylism is the act of allowing the characteristics of the paint and gravity to create the painting itself. Involuntarylism is subject to the artist ‘puppeteering’ the paint, using built up knowledge and past experience, to create the final painting. The artist’s involvement is purely to manipulate the paint and canvas so as to exaggerate as strongly as possible the resulting organic textures and marks. The whole idea of involuntarylism is allowing the paints characteristics to produce the marks, creating organic patterns, atmosphere and substantiation, allowing the painting to have a life of its own.