All work by this artist
Stephen Sidney 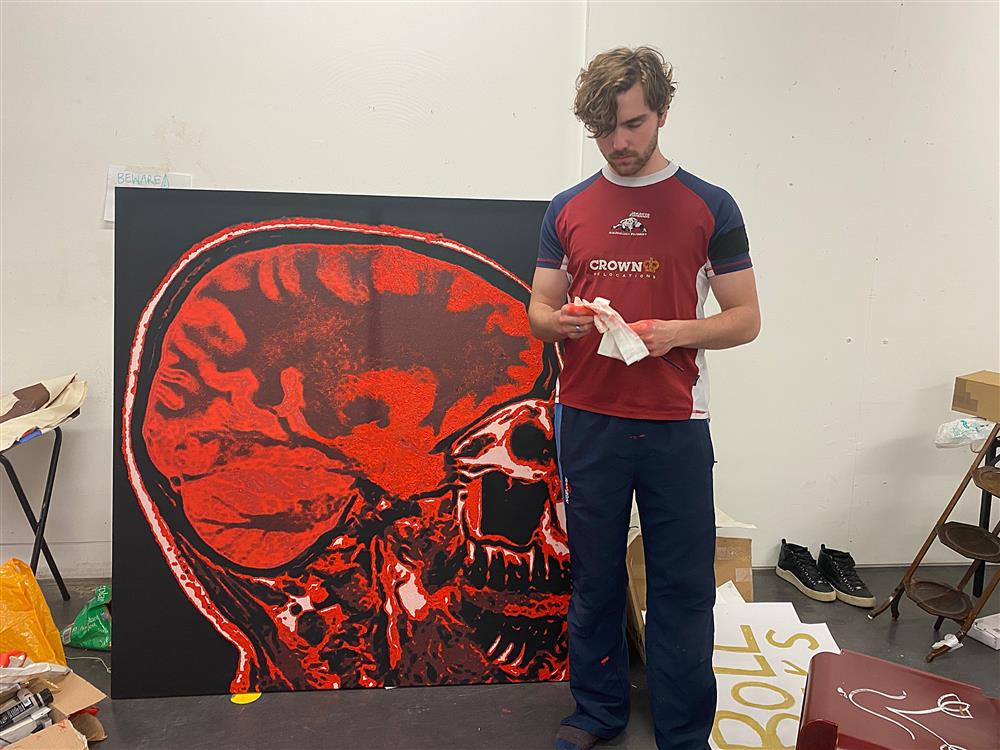 My work focuses on the relationship with digital, scientific, and medical data to address challenging subjects such as conflict, death, and religion. The images presented are from two different collections ‘X-Ray Mythos’ and my current political ‘X-Ray Crisis’ series.

The medical imagery developed after the sudden death of family members and intervening to save my mother’s life after a severe head injury during the UK lockdowns.

I was not in a unique situation but certainly the trauma, isolation and darkness that surrounded me during that time influenced this style. For the first time I felt fragile and mortal. I think X-Rays and MRI scans are powerful in particular because they are a literal and factual depiction of what is inside of us and so immediately prompt an internal reflection and a sense of vulnerability.

The political 'X-Ray Crisis' series aren’t to imply a political or moral stance but through the lens of the X-ray we can recognise that we are all internally the same, mortal and fragile regardless of what side of a situation we find ourselves in. By contextualising contemporary conflict to the viewers in this manner we can truly sympathise and condemn conflict.

Several works from the series ‘X-Ray Crisis’ have gone to win top 25 and top 5 in the Prospect 100 global art and design competition, judged by notable figures such as Daniel Arsham, Millinsky and the Vice Prime Minister of Ukraine. These works have been sold at auction to raise funds for aid in Ukraine.