All work by this artist
Benoit Havard 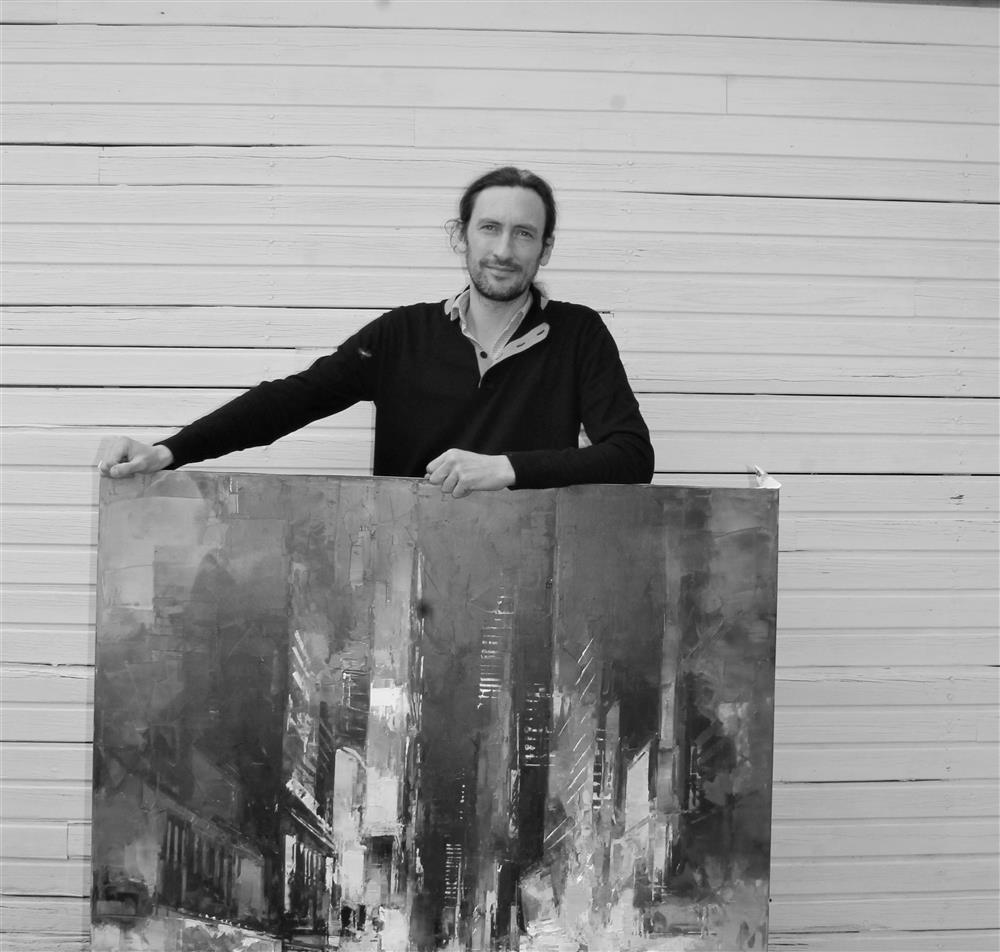 Born in 1981 in Orléans, France, Benoît Havard began drawing and painting at the age of six. As a child, his mother used to take him to art galleries and museums where he was drawn to energetic works, such as those by the French landscape painter Michel Jouenne. In 1998, he enrolled at the École des Beaux-Arts de Cherbourg, where Lejeune and Valadié became his teachers. By the age of 19, Benoît was painting full-time, first exploring watercolours on trips to Morocco and eventually settling into working with oils and a palette knife.
Today, Benoît creates dreamy, luminescent urban landscapes that radiate warmth and energy. The artist draws his inspiration from his travels, and photographs urban scenes from which he draws out all their emotional power- it is "the idea of bringing the subject into my own world," he explains.
Benoît's paintings are spontaneous works, based on the study of light and contrast, more than on the minutiae of detail. Under the sharp stroke of a palette knife, he plays with transparency, streaks, and fades to create texture and movement, creating visions of New York, London or Paris in their purest shape, and saturated with colour. The harmony he achieves, between warm colours and cool blue greys, slowly pushes his creations towards abstraction. Benoît begins by working on the backgrounds of his paintings, before focusing on characters, cars, and 'life movement'. It is only at the very end of this process that he highlights detail, allowing the shapes of an urban scene to emerge.
Since 2004, Benoît has been exhibiting his work in several galleries across Europe, and has been the guest of honour of many distinguished exhibitions. His artworks can be found in notable private collections, including that of Louis Vuitton.