All work by this artist
Gary Benfield 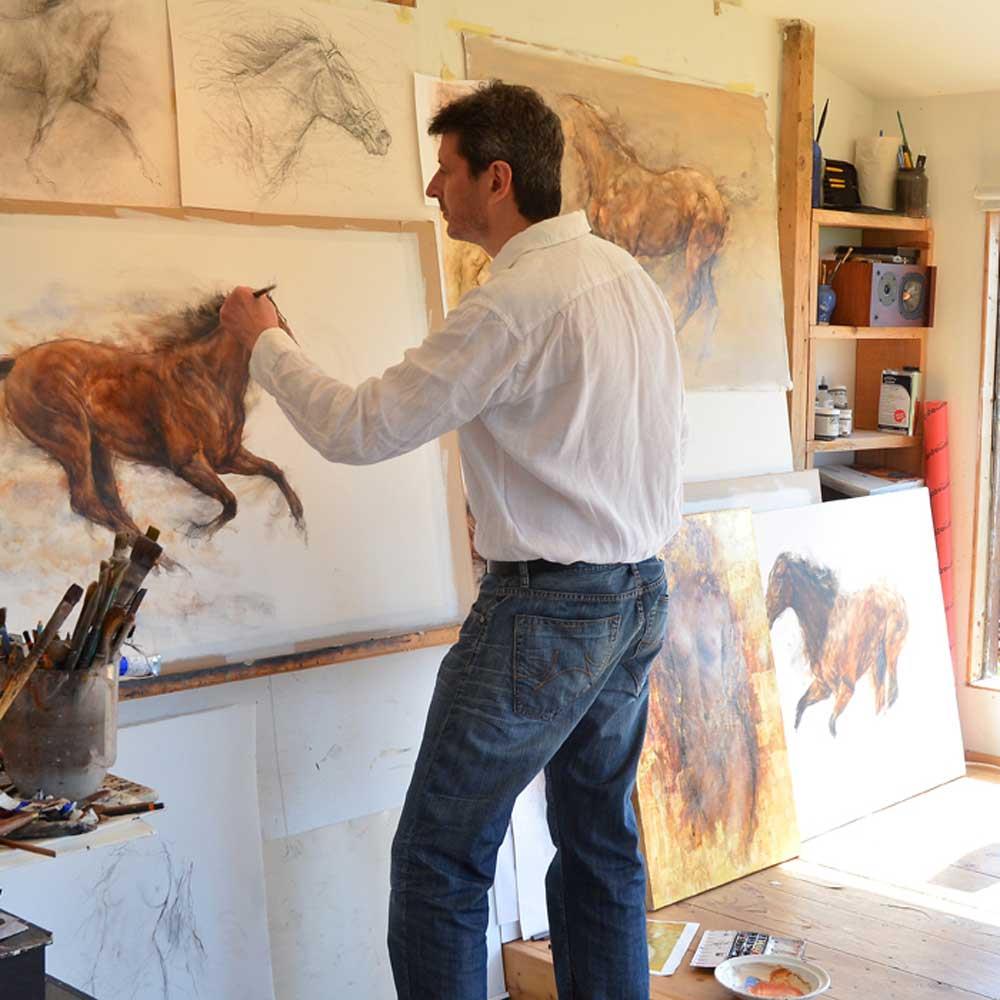 Gary Benfield is swiftly becoming one of the country’s most renowned contemporary voices, feted for both his virtuosity and his versatility. His paintings represent a world of objects which combine figures, mythology, cities, nature, and still life.
While his work appears to be spontaneous with drawn lines and dashes of colour, it is lovingly and meticulously composed, and there is hidden symmetry and beauty beneath the layers of finery. The background to his paintings is characteristically soft and some of his recent work has drawn comparison with the sketches of Leonardo, combining sepia, pencil and subtle colour.
Gary’s reputation had become firmly established. He is now one of the most renowned contemporary artists in the art world, and his work has been exhibited from Moscow to Toronto.
Born in1965 in Birmingham, Gary studied art first at Stourbridge College of Art and then at Wrexham College of Art. In 1986 became a professional freelance illustrator. When he first set up his London studio, Gary concentrated almost exclusively on figurative and still life painting, but since moving to a beautiful part of Ireland, he has built a close relationship with the surrounding countryside and has been inspired by a great love and respect for the natural world. His work is therefore characterised by style and technique rather than by subject; whether he is painting hares in their natural habitat or more formal equestrian portraits, beautiful women in elegant poses or a classic bowl of fruit, Gary always works initially from life, and this is the key to the creative process behind his exquisite works.