All work by this artist
David Taylor 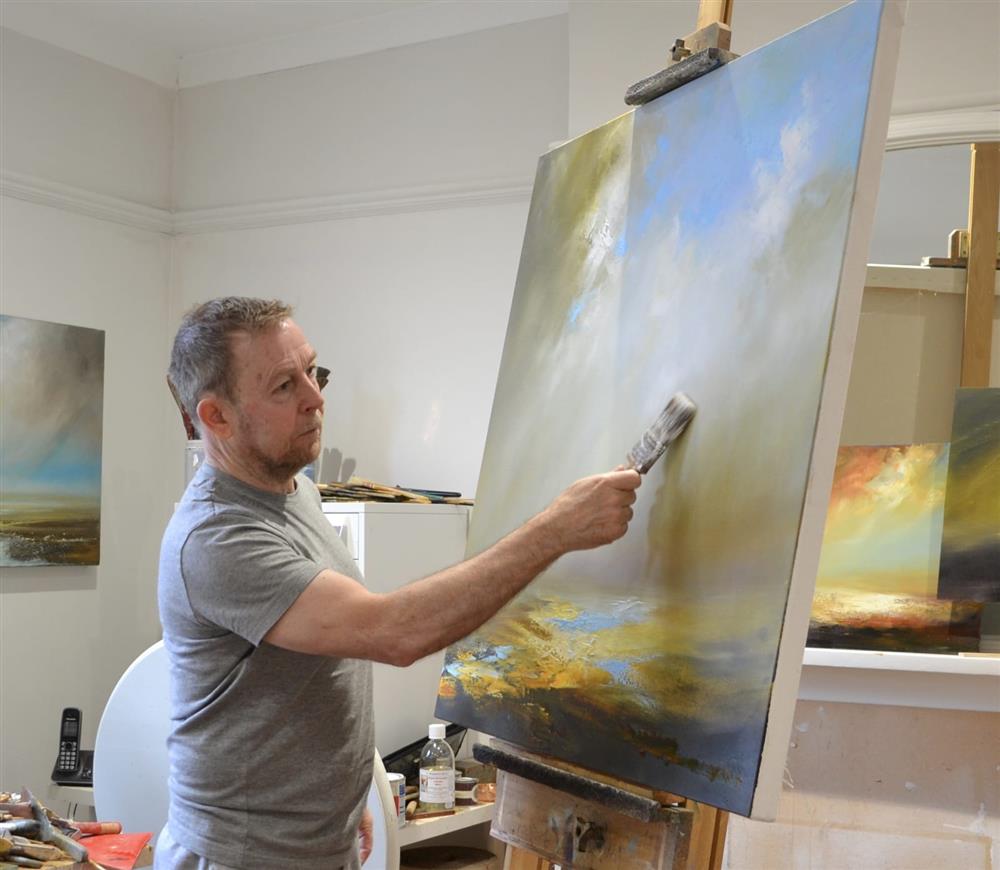 Born in Lancashire he began his career as an architect. After having extensively travelled the world, he returned to London to concentrate on his passion of land-scape painting and becoming a contemporary artist. Now painting full time, Taylor uses his visual memory as his main point of reference. His style often described as ‘Turneresque’ are paintings based on simply, land sea and sky, in his eyes the essence of landscape painting. The forces of nature just waiting to be immortalised on canvas.
Using oil as his choice of medium, he manipulates the paint with palette knife and brushes to build depth and atmosphere into his work, that reflect the dramatic weather conditions he enjoys painting. His work de-scribed by many has having a spiritual and mystic quality that leaves the viewer to establish an horizon and to engage in the semi abstract forms that fuse together making the landscape come to life.
His paintings hang in private collections in Eu-rope, The Middle East, Asia and the USA. Taylor continues to live and paint in his studio in Dulwich South London.